In the morning we lost 4-1 to Dunfermline Knights.

I played e5 too early and got my king trapped in centre.
Nigel appeared to have better of opening but was blockaded and risky to go for win.
Rudolph created some threatening tactics at cost of material but opponent navigated to won position.
Thomas had long game with opponent having better position but little time. Tom tried to force opponent to spend time thinking with some traps but never quite enough.
David had solid draw.

Afternoon was against Forth Valley.
Nigel's game had lots of material swapped off. Some chances down f-file were minimal.
Rudolph never got going and lost material too easily and with not tactics the game.
David had solid draw.
My game was interesting in that I had done some preparation to improve my play in same line we played in Edinburgh league. This helped and I could have been more daring to grab pawn on h6. Instead he sacrificed rook on g2 to end up with him having 3 pawns for a piece. He declined swapping rooks and allowed my bishop to get to f7 and trap his king in the corner. 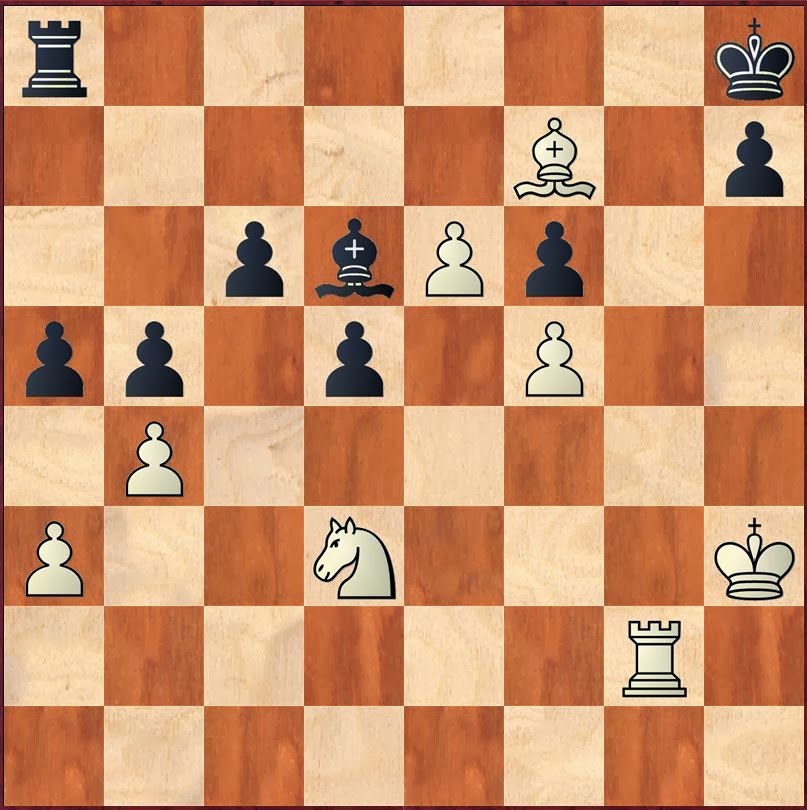 His plan was to push pawns on queen side so with limited time I hatched a plan to checkmate him! 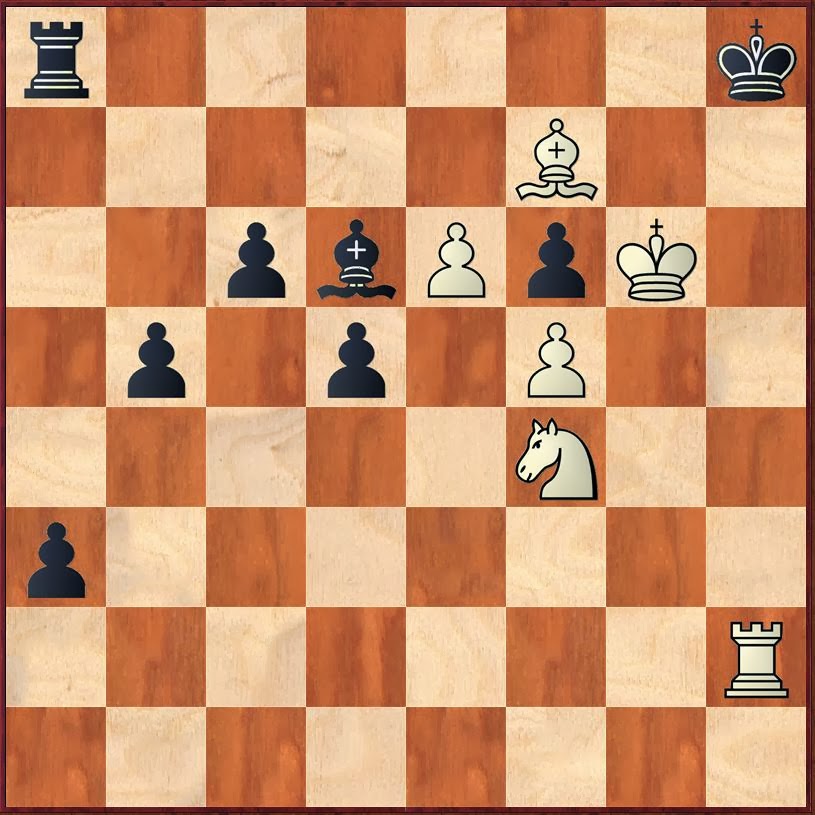 Marched king forward, threat of mate with knight on g6 and finally mated with rook on h2 :)

As Tom says he got his money's worth and was last to finish agreeing a draw in a blockaded bishop and pawn ending.

So overall not a bad day that keeps us in contention apparently for potential promotion or relegation!

In my opinion a great honour for Douglas to play Roddy McKay!
He did not disgrace but should have been bolder to play down h file against the King.
In the end weak white squares allowed a killer queen check on c4 that led to forced checkmate.

Look again at the grading differences.
Could not be tougher!

Alistair had a tremendous result against Ian Marks who is a very experienced player.
Did not see the end but looked level for a while.
Great result.

Nick had tough game and battled on despite being material down.

John was exchanged down I think and opponent gave exchange back to have edge in ending.
Again battled very well.

Simon had great result against Alan Grant.
Simon's king was lightly exposed with g pawn taking back on f3 but this never became an issue and draw agreed.
Alan pointed out a missed opportunity Simon had to win a piece earlier on!

Simon appeared to have initiative and I thought had perpetual check in the back pocket but opponent did well to get king to safety and result in strong extra pawns.

Did not see John's game so he must have halved out early on.

Alistair had another solid victory with a strong pawn ahead in rook ending.

Nick was cruising but a few weaker moves let the advantage reduce a bit and draw was agreed to secure the team victory.

Great effort by CSBOS2 and unlucky that league has Stepps and Thistles that are heading towards the top division if they keep their squads together to climb through the leagues.

Well done to everyone.