We lost 3.5 to 1.5.
Hamilton defaulted bottom board and were a bit stronger on all boards apart from my board which was about same grade.
Neil lost to a nice sacrifice.
Rudolph lost. Tried creating usual tactics but each of these failed attempts weakened position.
Richard lost an endgame he would have hoped to draw. Bishop can have greater scope sometime against knight.
Bottom board defaulted - Doug let Richard play on board 4.
I foolishly lost my pawn on a3 for no good reason and attempts to create some kingside tactics were repelled. Managed to get a passed pawn to c7 which tied up black's pieces and regained lost pawn. Black had a monster knight on d3 that made it hard to coordinate rooks to promote the c7 pawn. With match already lost I agreed a draw and went home.
Rosebowl it is.
Cheers,
Crawford. 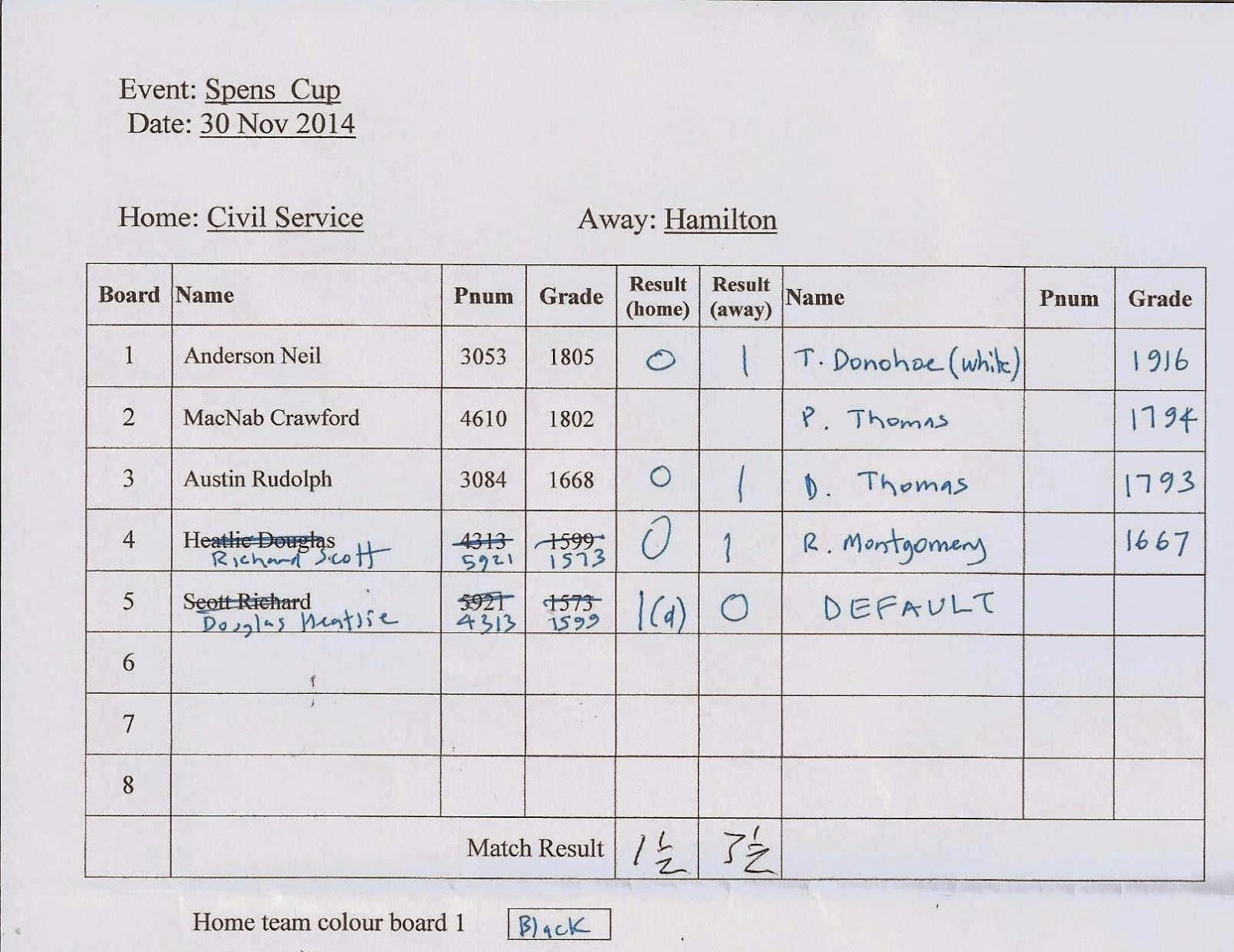